TO BE AND BE FOREVER!

Home
Products
About Us
Factory Tour
Quality Control
Contact Us

The gluing box machine is a mechanical equipment used for folding folding cartons in a carton factory. It is divided into two types: folding and folding. The gluing box machine is generally composed of a feeding part, a rectifying part, a mark shaping part, a glue coating part, a folding part and a counting discharge part. In general, the adhesive box machine refers to the whole process of the corrugated cardboard which is completed by the machine. It does not include a simple coating device which is folded and corrected by manpower. The front end of the sticky box machine can be connected to the print or the printed slotting die cutting machine. The back end of the stick box machine can connect the full automatic baling machine and the full automatic stacker, so that the production line of the corrugated carton can be produced, which greatly improves the production efficiency and reduces the production cost.Semi automatic gluing machine is a mechanical device that needs to be manually involved in part of the carton forming process. Semi automatic sticky box machine can not be used together with the production line of carton.

2. The machine is composed of the main structure and 2 conveyor unit.

3. The structure is consist of the following units:All the electrical components are imported named brand.

4. All the electrical components are imported named brand.

5. Equipped with a simple and reliable operation system.

6. Quick changing order according to the different size of carton box. 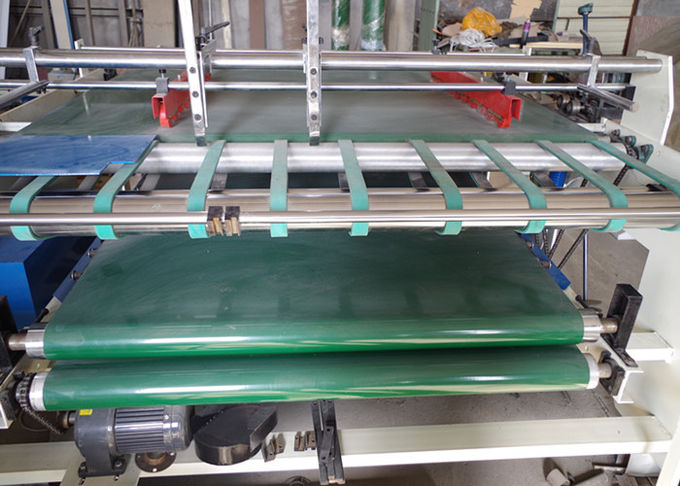